The Year of the Bible is underway as missions organizations, churches and other ministries are seeking to usher in a grassroots “Bible revival.” One evangelist believes many, including Christians, have yet to learn to love the Word of God.

“I think in a lot of our churches and ministries, the majority of the people just aren't reading the Bible for themselves. And so as biblical literacy has gone down, it has had a domino effect on a million things in our church and in our culture. We find that when people read the Bible more, they love their neighbors more, they're more involved in compassion and justice initiatives and they're more involved in evangelism.”

The Year of the Bible movement was established by a coalition of international ministry networks called The Table Coalition, formerly known as the Mission America Coalition. It hopes to be the largest digital next-generation biblical marketing campaign in history. The aim of the movement is to inspire people to make 2020 the year they make the Bible a "foundational part of their lives." 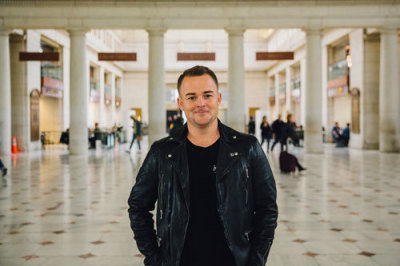 Nick Hall is the founder of PULSE, a millennial prayer and outreach effort. | (Photo: The Kairos Company)

“It's one of those deals where a lot of us have these understandings that the Bible is boring or the Bible is judgmental or the Bible is archaic,” Hall told The Christian Post. “We just want to help people see that there's a different narrative.”

The goal, he said, is to inspire as many people as possible to dedicate their year to God’s word and listen to what He has to say in their life.

As the movement aims to end Bible poverty worldwide, one of the problems in Western cultures today, organizers say, is that the Bible is becoming less significant as more children are growing up without exposure to the Gospel or a biblical worldview.

Barna research suggests that while almost half of Americans identify as Christian, only a small fraction of Americans hold a biblical worldview.

Hall explained that the aim is to inspire people to form a biblical foundation for themselves at a time in history when it is “so easy to be led by feelings and emotion.” He said it is important for the next generation to be “anchored on the rock and not on the shifting sands of culture.”

“The story of King Josiah has kind of been our biblical framework,” Hall, the founder of PULSE and the visionary behind the Together ecumenical Christian events, said.

“We just see that in that passage and in that time in the history of Israel, they had lost God's Word. For an entire generation, people didn’t have the Word of God. And then there was this discovery of this ancient book and then it brought them to repentance. And then there was this mass [of people] coming back to the word and reading it in public.  And the public reading of Scripture is a big part of this.”

So far, entire denominations such as the Assemblies of God have declared 2020 as the “Year of the Bible.” Additionally, some churches are planning to read through the entire Bible in one year through reading plans.

“We really see that a big problem that's happened in the Church is that we have really started to turn to a lot of secondary sources instead of looking to the main thing,” Hall said. “And so we just want to kind of drive this conversation that there's something better than hearing somebody talk about God. And that's hearing from God for yourself.”

According to Hall, several youth organizations are rallying around the effort, including InterVarsity Christian Fellowship.

In June, thousands of Christians will gather at the Lincoln Memorial on the National Mall in Washington, D.C., to read the Bible and worship at Together 2020, an event that will feature some of the day’s most well-known Christian leaders and musicians.

Hall said that the entire day will be a “tribute to the Bible” as each speaker has agreed to dedicate half of their remarks to extended readings of Scripture. 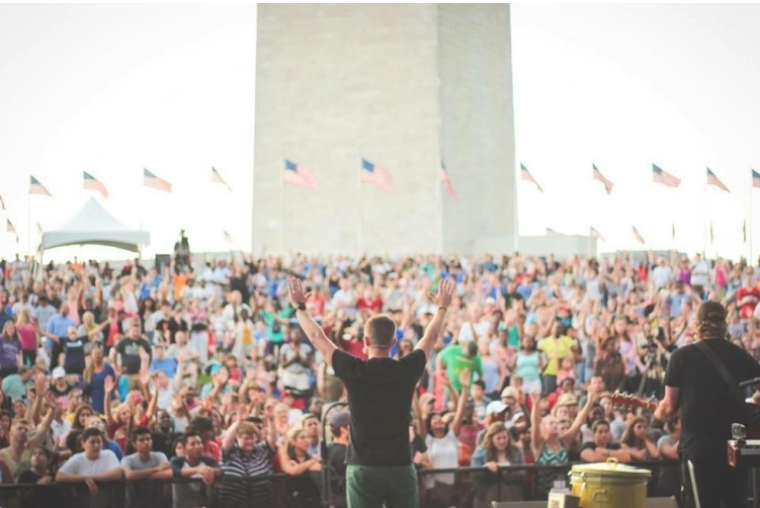 PULSE founder Nick Hall addresses the crowd at the Together launch event held on the National Mall on July 12, 2015. | (Photo: Pulse)

“It’s a ton of just reading the Bible and really showcasing for a generation that this word is worth basing your life upon,” he said.

In addition to the sermons and performances, Together 2020 will feature three hours of a public reading of Scripture from the steps of the Lincoln Memorial.

“I would just say what we're praying for and what we're seeing is a Bible revival,” he said.

Plans are in the works to hold about 10 or more “Let It Speak” summits for Christian leaders, most of which will be held in the U.S. A few will likely be hosted internationally. The summits will allow Christian leaders to discuss how to improve Scripture engagement in their churches.

So far, a “Let It Speak” Summit is scheduled for March 4 at the Museum of the Bible in Washington, D.C. Hall said that they plan to hold summits in Los Angeles, Pheonix, New York, Kansas City and somewhere in the northwest.

People are also being encouraged to hold their own community events where the focus is put on the Word of God.

“People can fill out [online] if they want a gathering near them and we can come alongside them or we can resource them to do their own,” Hall noted. “What we're trying to do is to drive a discussion among leaders in the church and ministry around Scripture engagement.”

“We're trying to feel like a grassroots movement. So we're building out everything from yard signs to if people want to put up a billboard in their city. If people want to do events, we will help promote them on our pages. If they want to bring in a speaker or artist, we'll make that available.”

The organizers are working on obtaining state and federal declarations proclaiming 2020 as the “Year of the Bible.” However, such a declaration faces objections from atheists.

Earlier this month, a lawmaker in Oklahoma introduced a bill to declare 2020 as the "Year of the Bible."

The Year of the Bible Movement has also taken to social media as followers are being encouraged to post selfies of themselves and their Bibles.

The Year of the Bible Movement comes as another movement called the AD 2020 Year of the Bible was launched by a coalition of missions organizations and networks such as World Evangelical Alliance, Wycliffe Bible Translators, Youth With a Mission and American Bible Society. The movement also seeks to inspire people worldwide to engage with the Bible in their own lives.

The evangelical-led initiative has been endorsed by leaders from over 200 countries and Roman Catholic Pope Francis.