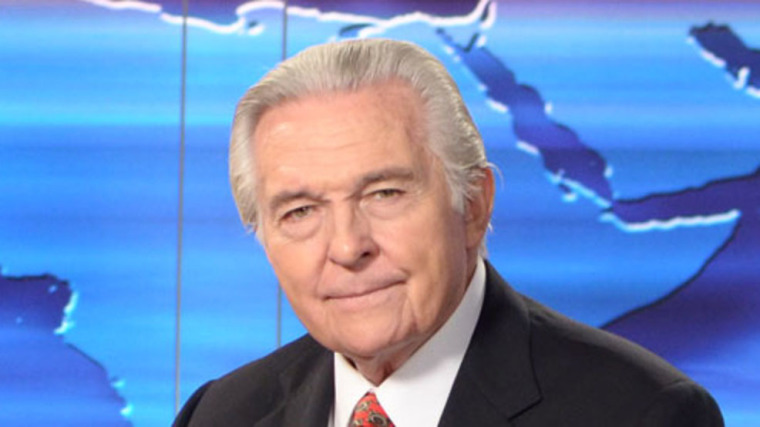 Televangelist Jack Van Impe, who died at 88, reportedly led more than 8 million to faith in Christ over the duration of his 68-year ministry. | Jack Van Impe Ministries

Televangelist Jack Van Impe, the host of the show "Jack Van Impe Presents," has died at the age of 88.

“The beloved Dr. Jack Van Impe was welcomed into Heaven by His blessed Savior and Lord who he had so faithfully served in ministry for over 70 years,” the statement reads. “Please pray for his beloved wife and lifelong ministry partner Rexella and their families as they grieve this immense loss and for wisdom as she and the Board lead the ministry in the days ahead.”

According to Van Impe’s biography page, he led more than 8 million to faith in Christ over the duration of his 68-year ministry. At the height of its popularity in the mid-’90s, his show reached 25,000 cities weekly and more than 150 countries. "Jack Van Impe Presents" aired its final episode this month.

Van Impe and Rexella had been married since 1952. Their show’s format featured the couple discussing how biblical fulfillment was reflected every day in world events and headlines. Each episode ended with a call for viewers to prepare for the end by accepting Christ as their Lord and Savior.

“Current international events reflect exactly the conditions and happenings predicted throughout the Bible for the last days of this age,” he wrote. “Remember that this special message has been given to reveal God’s truth, not conceal it; and to clarify God’s eternal purpose, not mystify it. Millions need to be alerted to the fact that Jesus is coming soon-perhaps today!”

Van Impe’s ministry was not without controversy: In the 1990s, he came under fire after saying he expected Christ to return between 2001 and 2012, warning Christians to be on the lookout for the Antichrist.

He also propagated conspiracy theories about former President Barack Obama, suggesting he was a Muslim and part of a Muslim plot to infiltrate the United States.

In 2011, he split from the Christian TV network TBN amid claims of censorship after the channel refused to air an episode in which Van Impe claimed that pastors Rick Warren and Robert Schuller were attempting to promote a new religion called “Chrislam,” a merger of Christianity and Islam.

In addition to eschatology, Van Impe's ministry focused on Scripture memorization and evangelism. He had an impressive evangelistic ministry in large crusades and in partnership with well-known ministers including Billy Graham Sr., Charles Stanley, George Sweeting, and others.

“He was among a large number of young men who served in the early days with Youth for Christ. Dr. Van Impe became known as ‘The Walking Bible’ because he memorized large portions of Scripture, inspiring young people to do the same,” Graham tweeted.

“His life demonstrated the importance of ‘laying up these words of Mine in your heart and in your soul’ (Deuteronomy. 11:18). May we all be inspired to do the same.”

Jack Van Impe Ministries has not named the cause of death. Funeral arrangements are being made.