Paula White says she was 'praying Eph 6:12' when she called for 'all satanic pregnancies to miscarry' 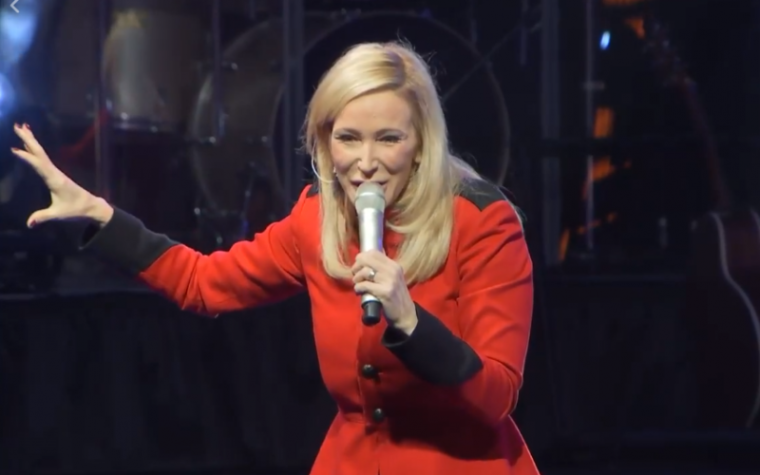 Pastor Paula White, who serves as an adviser to the Trump administration’s Office of Public Liaison with the Faith and Opportunity Initiative, clarified Sunday that she was “praying Eph 6:12” when she called for “all satanic pregnancies to miscarry” in a clip from one of her sermons that went viral over the weekend.

“I don't normally respond but clearly this has been taken out of context. I was praying Eph 6:12 that we wrestle not against flesh and blood. Anything that has been conceived by demonic plans, for it to be cancelled and not prevail in your life,” White tweeted in response to the clip from her sermon.

“That is- any plans to hurt people. Let's be clear what is really going on... this is a disingenuous attempt to use words out of context for political gain. I will just keep praying!” she added.

The clip was first posted by liberal advocacy group Right Wing Watch and then further shared online by author and expert on the religious left Guthrie Graves-Fitzsimmons as well as others, resulting in more than 8 million views as of Monday afternoon.

"In the name of Jesus, we command all satanic pregnancies to miscarry right now. We declare that anything that has been conceived in satanic wombs will miscarry, it will not be able to carry forth any plan of destruction, any plan of harm,” she added.

Reactions to the clip of White preaching were quickly attacked by other liberal Christians like unapologetic Trump critic Pastor John Pavlovitz.

“The Christianity of Jesus left people with more dignity and greater care; with healed wounds and fuller bellies, with calmed fears and quieted worries. It left a wake of generosity and compassion. No, this isn't Christianity. To hell with what this is,” he wrote in one of many responses to Fitzsimmons’ tweet.

“Asking your imaginary friend to terminate someone else’s pregnancy against their will is pretty messed up,” added The Church of Satan in a tweet of its own.

Many of White’s more conservative fans, however, noted that they did not interpret her message to mean hoping for a physical miscarriage but rather for Satan's plans to be stopped.