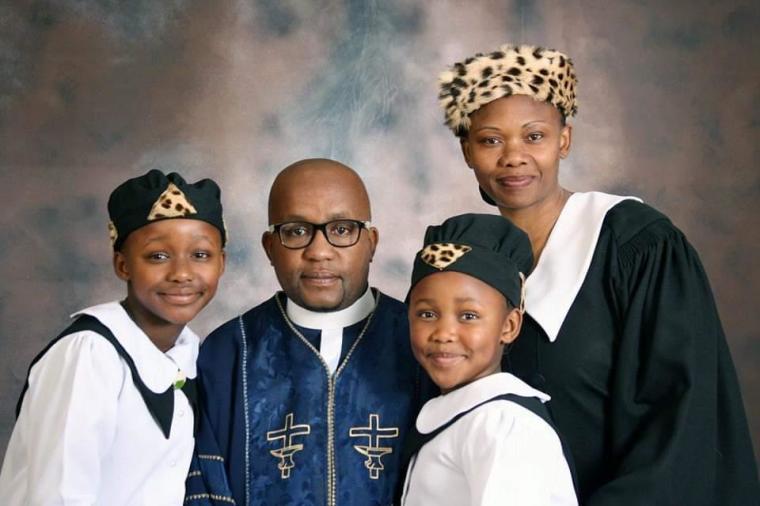 A South African pastor tragically died after he collapsed while delivering a powerful sermon before hundreds of congregants gathered at his church on Sunday morning.

The disturbing video shows the pastors sitting down in the middle of his sermon. Members of the church applaud him, thinking it's all part of the sermon. However, Jackals then falls to the ground.

According to local media, Jackals was rushed to the hospital where he was pronounced dead. The pastor’s autopsy showed he died as a result of high blood pressure and that he was also diabetic.

"I pray that the family and congregants recover from this. #RIP Reverend Jackals. Indeed you have fought the good fight,” a social media user captioned the video.

Just 42 at the time of his death, Jackals is survived by his wife, Puleng Christina Jackals, and four daughters. According to The Zambian Dispatch, the pastor had attended Dr. EP Lekhela Secondary School and graduated from the University of Cape Town and was a candidate for the Master of Divinity degree from Payne Theological Seminary in Wilberforce, Ohio.

“He served as a vibrant and dedicated pastor of various congregations of the African Methodist Episcopal Church and was later given an added responsibility to become a Presiding Elder in the church,” he wrote. “Passionate about lifting the souls of people through preaching and praise, he led various organizations till his untimely passing.”

Mwambazi said Jackals’ death should be a “wake-up call” to other pastors to rest and delegate tasks to others.

“The death of this man of God should serve us all as a wake up call - please rest! Take time off, have a break please please please! And find a way to share your responsibility and delegate. Raise lieutenants to help you with His work. It is His work after all, you and I are just vessels,” he wrote.

Other instances of pastors dying in the middle of preaching have made headlines in recent years.

In 2015, a New Orleans pastor collapsed suddenly and died in the middle of preaching a sermon at Greater Saint Mary Baptist Church in the Algiers community after declaring to his congregation: "If the Lord called me now, I'm ready."

That same year, a pastor in Texas dropped dead before some 200 people, including his sister, while preaching at the funeral of a church member after warning attendees of the need to be "ready for death."