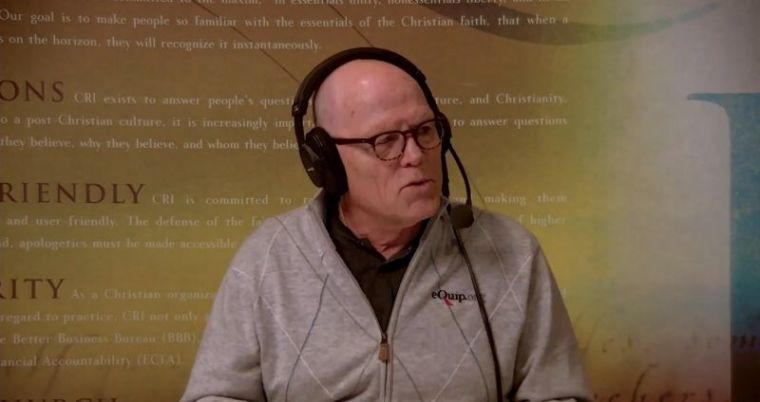 In his latest radio broadcast, Hank Hanegraaff, also known as the "Bible Answer Man," deals with two questions. What does the Bible say about remarriage, and is a believer permitted to separate if that person chooses to never get remarried?

"One of the most beautiful things about marriage is that “it is a testimony of Christ and the Church, that Christ gave Himself up for the Church, and so we are to love one another with that kind of love,” he continued.

However, Hanegraaff clarified that if a spouse becomes “physically abusive and dangerous in that sense, it would be wise to separate.” Or if it’s “a really bad spiritual and psycho-physical abuse, other kinds of abuse,” then separation would be “a good thing.”

Only the Holy Spirit can do that, but you can be a light in that process, he repeated, acknowledging that it’s not an easy solution in a difficult situation. “But it is a way in which not only you can be a light to the world but you yourself can be transformed.” For, in difficult circumstances, “you are poured out in a new, better fashion. It’s a way of getting rid of the dross.”

In his final remarks, Hanegraaff advised the listeners not to leave a difficult situation, but to “seek to see the redeeming grace of God in the midst of the situation.” He also said if a believer’s spouse wants to leave, that’s OK. But if the spouse is willing to stay, then divorce is not a good thing.

Last July, Hanegraaff revealed how God “supernaturally” saved him during a brush with death amid his battle with cancer, allowing him to see his 69th birthday.

During that radio program, he announced that he had recently undergone allogeneic stem cell transplantation — a potentially curative treatment for mantle cell lymphoma. And the surgery was “successful.”

During his 40-day hospital stay, Hanegraaff got the “time for reflection and thought of what it is that God has for me to do in the remaining years of my life.”

“And I do believe God's going to give me many more years,” he said then. “I don't want to be presumptive, but I almost died ... I had passed out, I had gone unconscious. And the time in ICU is just a blur. I remember little bits and pieces of it, but when my kids and my wife told me about what I went through in the ICU, it was like they were talking about a different person.”